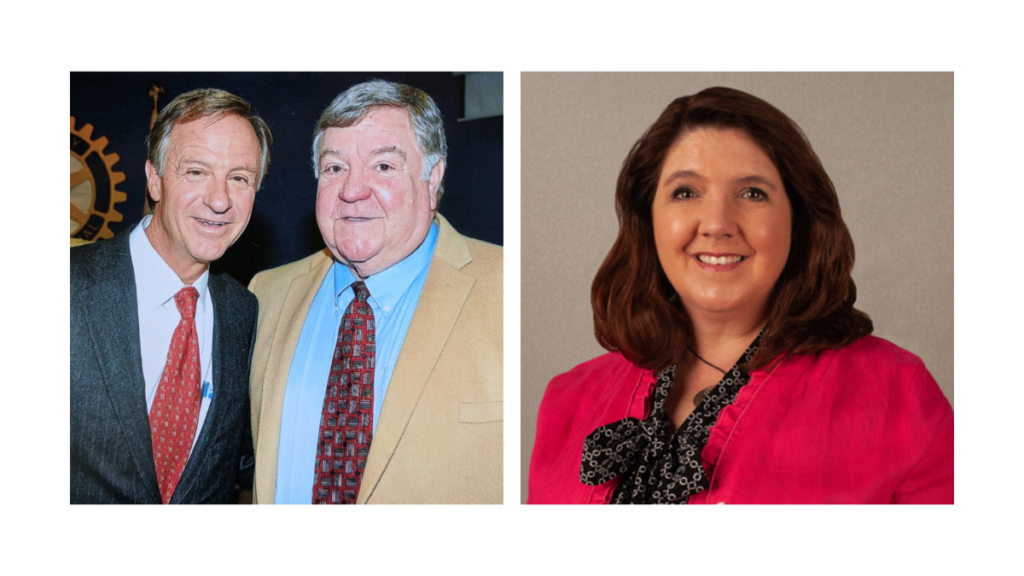 LORETTO, Tenn.—Members of the Lawrence County Chamber of Commerce gathered Thursday night for their 72nd Annual Membership Meeting bringing the business community and government officials together for an update on economic development and to name the 2021 Citizens of the Year.

“It has been the privilege of a lifetime to work alongside the hundreds of people that made the college possible,” stated Lawrence County Executive T.R. Williams.  “Cissy has been working to equip the next generation her entire career, building our educational pipeline to maximum capacity.  Jim led the charge to give her the tools to increase that capacity, managing an effort that many thought to be impossible.  The merits of their individual accomplishments qualify them for this honor, but together they represent the best of Lawrence County and our commitment to the future.  For this reason, I am proud to congratulate Jim Cone and Cissy Holt for being selected as the 2021 Citizens of the Year.”

Cissy Hurst Holt began her career at Columbia State Community College as an adjunct instructor of English in 1992.  She has since served as the Nighttime Coordinator, Full-time Campus Coordinator, Dean of Regional Services for the Southern Campuses of Columbia State, and now serves as Vice President for Student Affairs for the entire Columbia State system.  Locally, Holt is known for her tireless efforts to ensure every student has access to higher education.

Because of their diligent service to seeing this project through, students in the region now have access to a pursue a post-secondary four-year degree.

“Traditionally, Lawrence County’s Citizen of the year has been an individual that finds a problem and solves it.  Some problems are solved quickly with a few dozen people, others take years and hundreds of volunteers,” explained Ryan Egly, Lawrence County Chamber President & CEO.  “Many great citizens were nominated that have solved many problems for the good of our community, but this year—breaking with tradition—we recognize two individuals for the impact they have made to advance higher education.  Congratulations!”