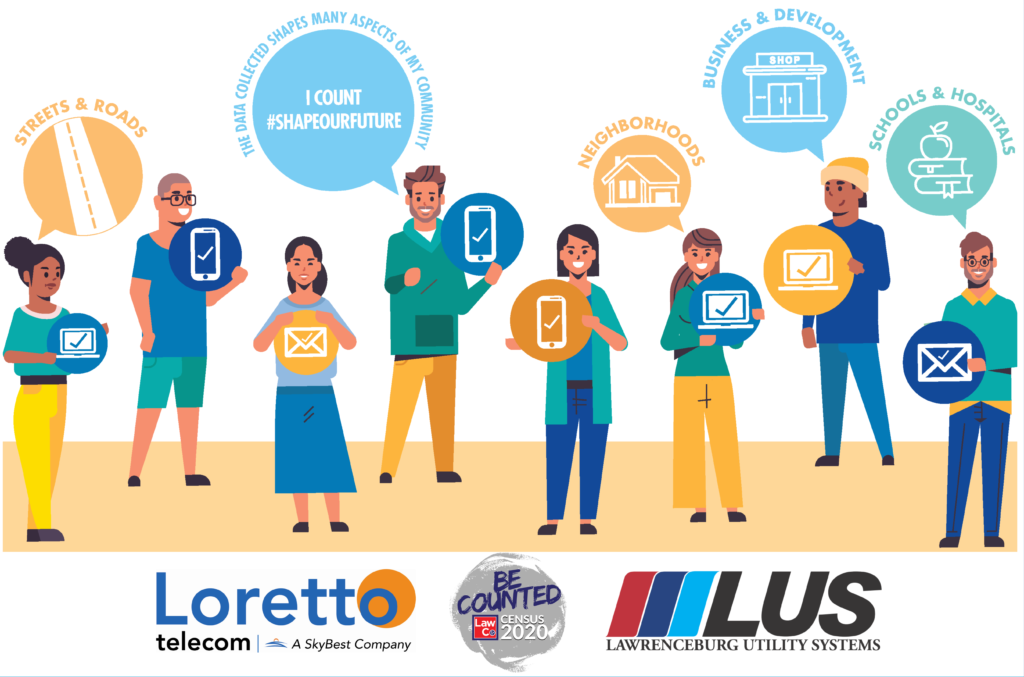 Last Chance to Be Counted! A Census Message from Loretto Mayor Jesse Turner

The 2020 Decennial Census has definitely been one like no other.  This is the United States 24thtime to conduct the Census and the first time the Census Bureau has accepted responses online.  However, it is also the first time for the Census to be taken in midst of a global pandemic.  The ease and advantages of taking information digitally was overshadowed and complicated by COVID-19.

Many have asked why the Census must be completed and why it is important.  It seems in this digital age we are living in that all this information can be gleaned from the barrage of information that seems to be collected on the daily via various sources.  The most important reason the Census is completed and that it is important is because the Constitution of the United States of America requires it.  U.S. Constitution. Article I, Section 2 states that:

“Representatives and direct Taxes shall be apportioned among the several States which may be included within this Union, according to their respective Numbers . . . The actual Enumeration shall be made within three Years after the first Meeting of the Congress of the United States, and within every subsequent Term of ten Years, in such Manner as they shall by Law direct.”

As Americans we should all be thankful for the Constitution and consider it an honor to be able to still fulfill the wishes of our Founding Fathers 230 years later.  Furthermore, the results of the Census determine the number of seats each state will have in the U.S. House of Representatives, and they are used to draw congressional and state legislative districts.  Locally the data is used to draw County Commission Districts.

Census data is used to apportion hundreds of billions of federal funding streams each year which equates to trillions over each 10-year period the Census represents.  This includes allocations for Medicaid, SNAP, the Section 8 Housing Choice Voucher program, Head Start, Highway Planning and Construction, and much more.  The data is used to calculate the rate at which federal funds match state spending on programs including Medicaid, Temporary Assistance for Needy Families (TANF), and the Children’s Health Insurance Program (CHIP).  This rate, known as the Federal Medical Assistance Percentage, depends on a state’s per capita income relative to the national average.  If the population estimates are artificially low, the per capita income estimates will be too high – which means some states would not receive the full federal reimbursement to which they are entitled.

Locally, Census data proves to be just as important.  Grant applications rely on data derived from the Census.  These grants assist our local communities with repairs, upgrades, and expansions for our utility systems, parks, roads, and schools.  State funding that is distributed to cities and counties is based on population counts from the Census. Business and industry look at the Census data when looking where to local their next retail store, restaurant, manufacturing plant, etc.  Census data is the basis for much of the market research companies perform or buy.  An inadequate count could cause communities most in need of resources and sound decision-making to improve quality of life and standards of living to be inadequately covered for the next decade.

The Census Bureau will end all counting efforts for the 2020 Census on Wednesday, September 30 for apportionment counts to the President and Congress in December as required by law.  We have only a couple of days left to ensure public and private investments that will improve our quality of life in Loretto and Lawrence County are not hampered by apathy.  Let us all do our Constitutional duty and fill out and submit our Census at 2020census.gov.