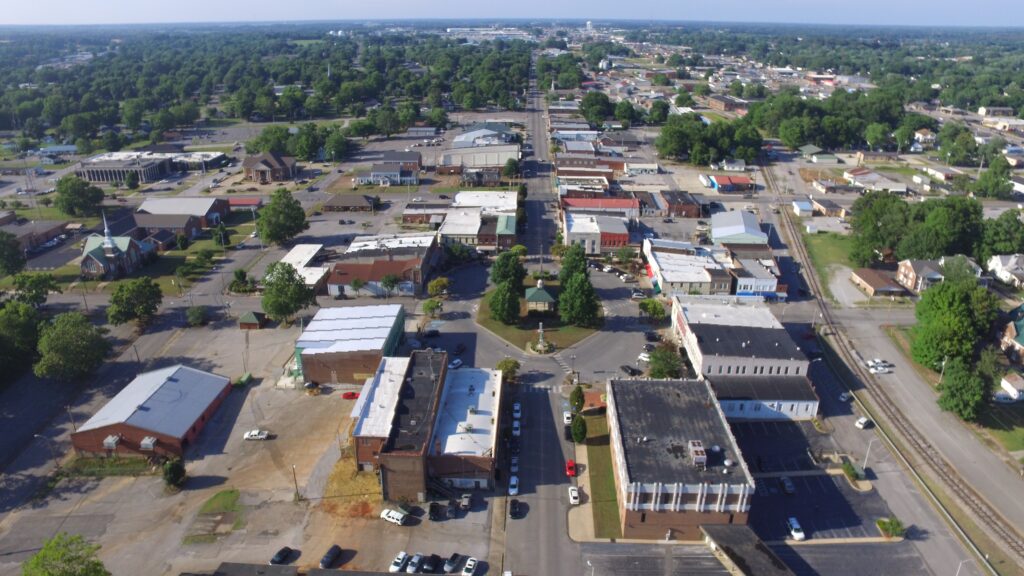 It isn’t the most comfortable feeling in the world. You know…to see your heels above your head and feel the wet ground on the back of your head just before the rest of your body hits the ground in an inverted posture. But that’s exactly where I found myself.

It was one of my first years volunteering at my church’s Vacation Bible School. I was tasked with organizing and counting the results of the week-long boys versus girls canned food drive. If the boys won, our youth director was to be pied in the face; if the girls won, our senior pastor. After a week of weighing canned food and eating leftover snacks, the final day arrived.  Its activities, a water balloon fight and announcing the results of the food drive competition, were threatened by an early-afternoon summer storm that swept across Lawrenceburg.  Luckily, the sun broke through the clouds just as the evening began.  The boys were ahead by a few pounds, but our team decided to lobby the best and brightest of our church— the United Methodist Women— to buy a few canned goods, slip them into the girls’ donation bin, and make it a tie. Church politics at its best! After our plan was executed, we decided to add some theatrics. The team was to announce the boys had won and, just before a paper plate full of whip cream was smashed into our youth director’s face, I was to interrupt the ceremony to announce the tie.

A large crowd gathered on the front lawn of my church to hear the results. I burst through the gym doors to make my announcement only to feel mud— and then air— on my bare feet, hear the collective “Ohhh” of the crowd, and finally the laughter of children as I made impact.  As I stood up and attempted to announce that the competition resulted in a tie, I realized that a little bit of planning would have saved me from this embarrassing moment.

Located in historic downtown Lawrenceburg, First United Methodist Church has witnessed a lot more than my gracefulness; it has seen more than a century of our city’s evolution.  The glow of downtown fires have penetrated its stained glass windows.  New sidewalks made it easier for people to move from the Square, down Waterloo Street, and into the Rose Chapel.  Only a few years have passed since a building’s collapse shot a cloud of dust towards its grounds.

Downtown Lawrenceburg is a gem of history that has radically changed for the better over the last decade; buildings have been renovated and businesses have started investing downtown. Our David Crockett statue even got a facelift! With that said, there are scars of poor planning.  You can find signs and utility poles planted in the center of sidewalks that don’t match from one block to the next, dilapidated way-finding signage, and a handful of buildings that are, in the most literal sense, crumbling.

The Lawrence County Chamber of Commerce recently partnered with the South Central Tennessee Development District and the Tennessee Department of Economic & Community Development (TNECD) to create a strategic plan to develop achievable long and short-term goals.  After a few brainstorming sessions with local stakeholders like Lawrence County Government, the City of Lawrenceburg, Lawrenceburg Utility Systems, and Main Street Lawrenceburg, we agreed that creating a sustainable plan to improve the infrastructure, aesthetic appeal, and review any local policy that relates to revitalizing or investing into the historic downtown district was a priority for our community.  In fact, we agreed that such a project is of equal priority to developing more industrial property as businesses not only need the right land or building to locate their company, but our new neighbors need a unique and vibrant community to enjoy.

The long-term goal of the strategic plan is to increase retail and small business investment in Lawrenceburg’s core business district.  The short-term goal is to create a master plan for the same area.  The Chamber received a $30,000 Asset-Based Planning Grant from TNECD to create this master plan and, with matching support from the City of Lawrenceburg and Lawrenceburg Utility Systems, we have now completed the land use and infrastructure inventory.  The selected planners have held a number of meetings with downtown-area businesses, parties interested in downtown’s infrastructure, and will now seek public input. Our team is proud to announce that a public input meeting will be held on Monday, July 29 at 5:00pm in the City Council Meeting Room at the Lawrenceburg Municipal Complex.

While I can guarantee that my home church’s steeple will continue observing my clumsiness, I am also excited that it will watch over our downtown as we, together, create a more functional and vibrant downtown that is not only visually appealing, accessible, and easier to invest in, but will also be a downtown that we can all be proud of.